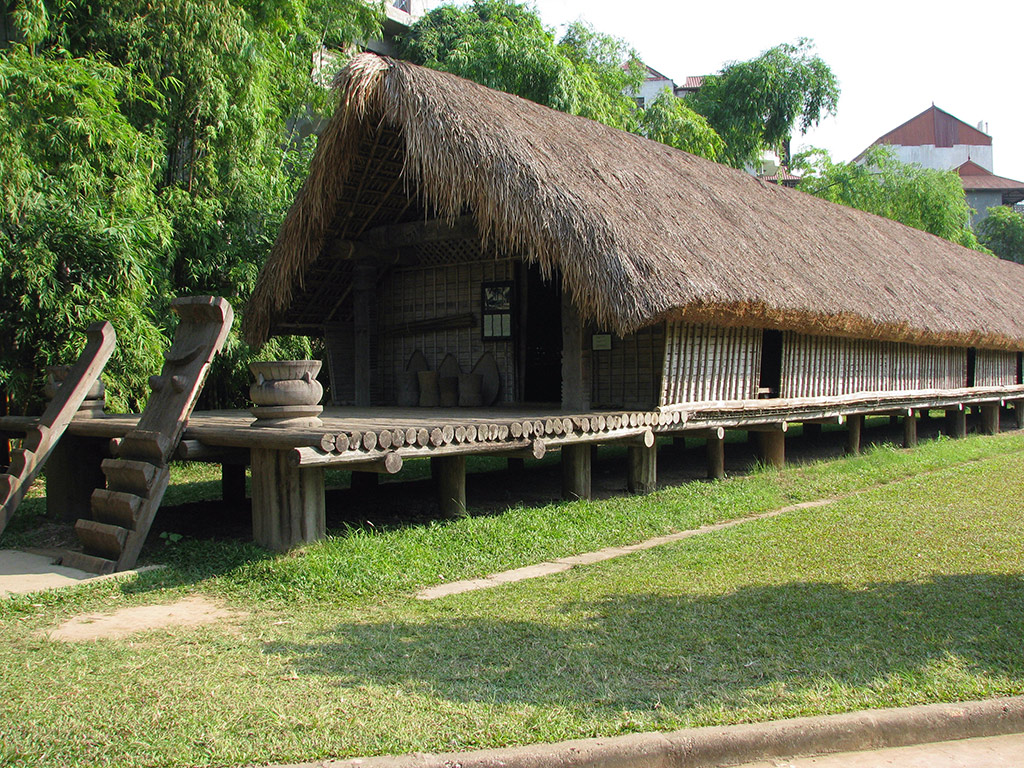 Dive in to the sights, sounds and smells of our bustling city on our Hanoi sightseeing tour. With our local guide we start our trip with a visit to the Ho Chi Minh complex on the site where he declared Vietnam's independence in 1945, and see the reverence with which Vietnamese people treat their ''Uncle Ho''.

Other sites that we will visit with our local guide include: - House 54 - Ho Chi Minh lived and worked here between 1954 and 1958 - Stilt House - Ho Chi Minh moved from House 54 to the Stilt House in 1958, and worked and lived there until his death in 1969. - Presidential Palace - originally built by the French at the start of the 20th Century to house the French Governor-General of Indochina.

Following his ''Declaration of Independence'' Ho Chi Minh refused to move into the building due to it's connection with the countries colonial past. - One Pillar Pagoda - a unique wooden structure originally built in 1049 by Emperor Ly Thai Thong of the Ly Dynasty. The current structure is a replica of the original. Continuing on our Hanoi tour through the city we drive to the Temple of Literature. Originally built in honour of Confucious by Emperor Ly Thanh Thong in 1070, a university was added to the grounds six years later. The university provided education to the royal family and children of the aristocracy or ''mandarins''.

The University remained here until Emperor Gia Long moved the country’s administrative capital from Hanoi to Hue at the end of the 18th century and start of the 19th century. After our visit to the Temple of Literature, we head to a local restaurant for a delicious local lunch - ''Pho'' or Noodle Soup is a popular choice amongst locals. After lunch, we visit the Museum of Ethnology, to learn more about the cultural diversity of Vietnams ethnic minorities. Established by the Vietnamese government in 1997, the museum provides us with a fascinating insight into the diverse cultures, customs and lifestyles of the 54 ethnic groups that inhabit Vietnam.

We finish our ultimate Hanoi travel experience with a walking tour of Hanoi's hectic old quarter. See how Hanoians live out their lives on the streets, sitting & eating together on the sidewalks and bartering for wares. Visit the local Hang Be or Dong Xuan local markets before finishing at Bia Hoi corner where you can freshen-up with a local beer (not included) and have the opportunity to swap stories with local people eager to practice their language skills. At the end of our Hanoi sightseeing tour, you are free to continue exploring the area or your guide will assist you in getting a taxi back to your hotel.

Others
Ho Chi Minh Mausoleum is closed by Local Authority for annual preservation. Ho Chi Minh stilt house and museum are still opened on the normal schedule. So while the Mausoleum is closed, all other activities on Hanoi Highlight Tour will be running as normal. The guide will take you to the front of HCM Mausoleum for photos and information before taking a visit to HCM House and Museum.

Requirements
Modest dress is obligatory for visits to holy sites; knees and shoulders must be covered